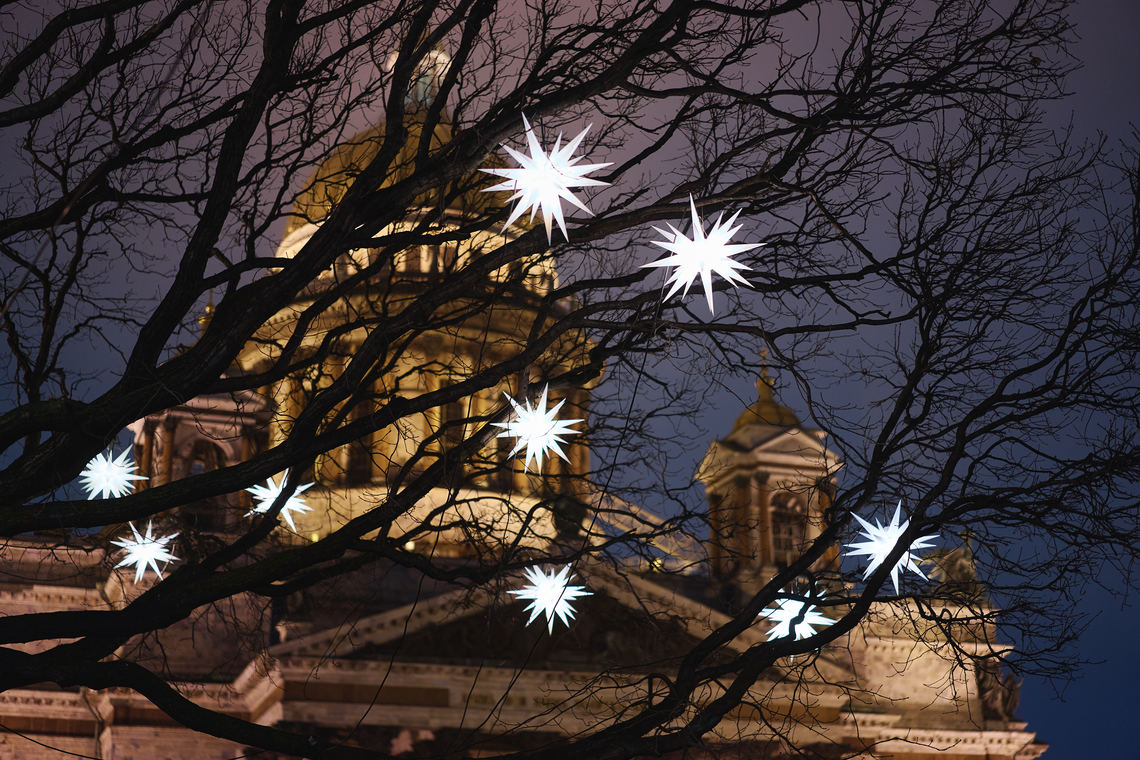 Created more than 160 years ago, the Herrnhut Star is considered to be the pioneers of all handmade Christmas stars. The first star of this kind, made of paper and cardboard, shone in the boarding school rooms of a Moravian Church at the beginning of the 19th century.
According to legend, a teacher first used the star in a maths class as a way of helping children to understand geometry better. From then on, the children crafted their own stars in the boarding school as from the first Advent Sunday and then passed this custom on to their families. Even today, it is still a charming tradition to begin a peaceful Christmas season with a Herrnhut Star.
By the 20th century, fragile paper stars were replaced with constructions whereby points were attached to a metal frame. This innovation made it possible to reassemble the star and to ship it worldwide).
Today, all rights to the star decorations belong to the German company Herrnhuter Sterne GmbH which was founded in 1991.
Our company - Planeta Zvezd LLC - was founded in 2015 and was established as the official representative of Herrnhuter Sterne GmbH in Russia.
Herrnhut stars have been used as Christmas decorations in downtown Saint Petersburg for the last few years. They shine on the square near St. Isaac’s Cathedral, on New Holland Island at the Christmas market on Manezhnaya Square, and in the DLT mall.
We are glad to offer our clients a full range of services – from the development of individual design projects to the delivery and installation of Herrnhut Stars, as well as dismantling and storing them.